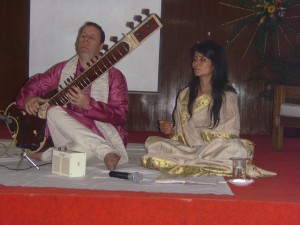 “Hans is an amazing being. His knowledge and talent are boundless.Hans is a world-class guitar player, and  has immersed himself in the disciplines, languages and traditions of Persian and Indian classical music.” Rick Borgia, Spanda

“Hans is a wonderful musician. His music speaks from the heart-I wish him all the best on his musical journey” Ustad Ballu Khan

We’re currently setting up the schedule. Please check back.